Like Walt Whitman, I find inspiration for writing poetry when reading scripture. As I have been reading about Whitman, this poem I wrote in college and published in a series poem within The Last Time We Were Children kept coming to mind. I think, by the words of scripture that […]

Poetic Form: Leaning on Many Leaves

When Walt Whitman self-published the original twelve poems the world has come to know as Leaves of Grass in 1855, it was not well-received. Perhaps if Ralph Waldo Emerson, a like-minded Transcendentalist, had not deemed it “the most extraordinary piece of wit and wisdom that America has now contributed,” Whitman, […]

Poem of the Week: Walt Whitman’s “O Captain, My Captain” 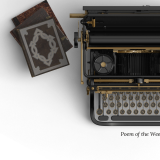 When attending concerts, I admire the musicians when they must play their signature pieces. These are the songs everyone knows by heart. These are the ones we sing along with at our loudest volume and quite often off-key. Many a musician grows to loathe having written these songs. They must […]

Poet of the Week: Walt Whitman

When I began my research about Walt Whitman, I did not expect one of the first articles I read would be one from Investor’s Business Daily. Yet this article–and other more familiar sources–revealed why Walt Whitman is one of America’s most unique poets. Along with Emily Dickinson, he is considered […]

Practicing Poetic Themes: For the Love of Nature with Personal Perspective 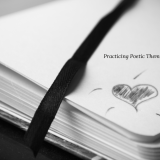 I had a difficult time choosing a poem for this week because, to be honest, sonnets are not a go-to form for me. Yet, what often happens for me when I am reading about poets and their works is that I begin to imitate them, which is often what practicing […]

Most high school English courses include an introduction to Shakespeare and his voluminous collection of sonnets. But, Shakespeare was not the only poet to hone his skills at waxing poetic to his Muse in iambic pentameter for fourteen lines of three quatrains and a couplet. In fact before Shakespeare, Petrarch […]

Before I delve in “First Fig” included in Millay’s A Few Figs from Thistles—“a volume of poetry which drew much attention for its controversial descriptions of female sexuality and feminism”–I want to approach this poem from the common ground of poet to poet and poem to poem. Most poets at […]

Before studying Edna St. Vincent Millay’s life and work, I knew little about her except for her most famous poem. I still think I have much to learn about one of America’s influential women poets of the twentieth century. In truth, I find it difficult to separate her life from […]