Poem of the Week: Mary Oliver’s “The Summer Day”

As I considered which Mary Oliver poem to focus on this week, I discovered that her most famous poem is “The Summer Day.” I was surprised. Despite its cherry-picked commodification, the poem is responsible for pulling so many new readers into verse’s thralls, a difficult thing to do in an […]

Poet of the Week: Mary Oliver

I encountered Mary Oliver through her poetry during my last semester of college. Up until that point, my college career had focused on professional writing per my degree requirements. I chose to take what I considered to be a bonus course to finish out my creative writing minor. In this […]

Many of Emily Dickinson’s poems focus on nature. Nature is a recurring theme for many poets. Here is one of mine–a haiku–that may be short in length, but has a sweeter story between the lines.

Poem of the Week: Emily Dickinson’s “This is my letter to the world”

“. . . she lived a life, outwardly uneventful, inwardly dedicated to a ‘letter to the world’ that would express, in poems of absolute truth and of utmost economy, her concepts of life and death, of love and nature, and of what Henry James called ‘the landscape of the soul.’” […]

Poet of the Week: Emily Dickinson

As I considered the poet I had chosen for this week, I felt trepidation. I know that in part it is because Emily Dickinson has been a cursory poet for me. I have read her work. I have taught her work. But, there are unknowns about Emily Dickinson–that unlike Robert […]

Poet of the Week: Robert Frost

As the idea for this Poetry Month blog series emerged, the first poet I knew I wanted to feature was Robert Frost. Frost is one of my favorite authors who has influenced my writing, reading, and home education teaching. For this post, I will focus on the reasons why I […]

Whenever I think of lilacs, I think about the story my father told me that is depicted in my poem “The Lingering Scent of Eternal Junes.” Lilacs rarely bloom as early as April where I live, unlike T. S. Eliot’s home state of Missouri. (I lived in Missouri during my […] 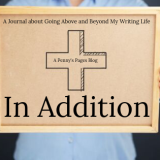